When analyzing the semantics of the animal fangs amulets used in the Middle Ages, it is important to consider that the cult of some animals (bear, wolf, etc.) was in the system of mythological beliefs of various European nations and that it was associated with certain pagan gods (for instance the pair of Bear and Veles). Such an amulet could be worn as a sign of patronage from this god and be directly related to the functions and attributes that this god was endowed with.

Special rituals were observed for the amulet making process. Among the southern Slavs, for example, the amulet was often forged by a naked blacksmith at dead midnight from a horseshoe of a dead mare, in eastern Serbia – on Friday eve, with complete silence by a naked husband and wife.

Amulets were also made of leather and could be made in the form of a bag, which contained objects possessing magical protective properties.

Amulets were worn on a chain or on a lace around the neck (standalone or as part of a necklace), also attached to a belt, sewn onto clothes (on a shoulder, under an arm, etc.) and a hat (most often for children). Cattle amulets were hung around the neck, tail, inserted into the horn in a drilled hole.

(1) E. A. Tyanina, “Amulets Made from Animal Teeth and Bones in Mediaeval Novgorod” / Archeological News. Vol. 17, 2011 (photo is also taken from this article);
(2) Levkievskaya E.E., “Slavic talismans and protective spells. Semantics and structure”, 2002;
(3) “Slavic Antiquities” – encyclopedic dictionary in 5 volumes by Institute for Slavic Studies of the Russian Academy of Sciences. 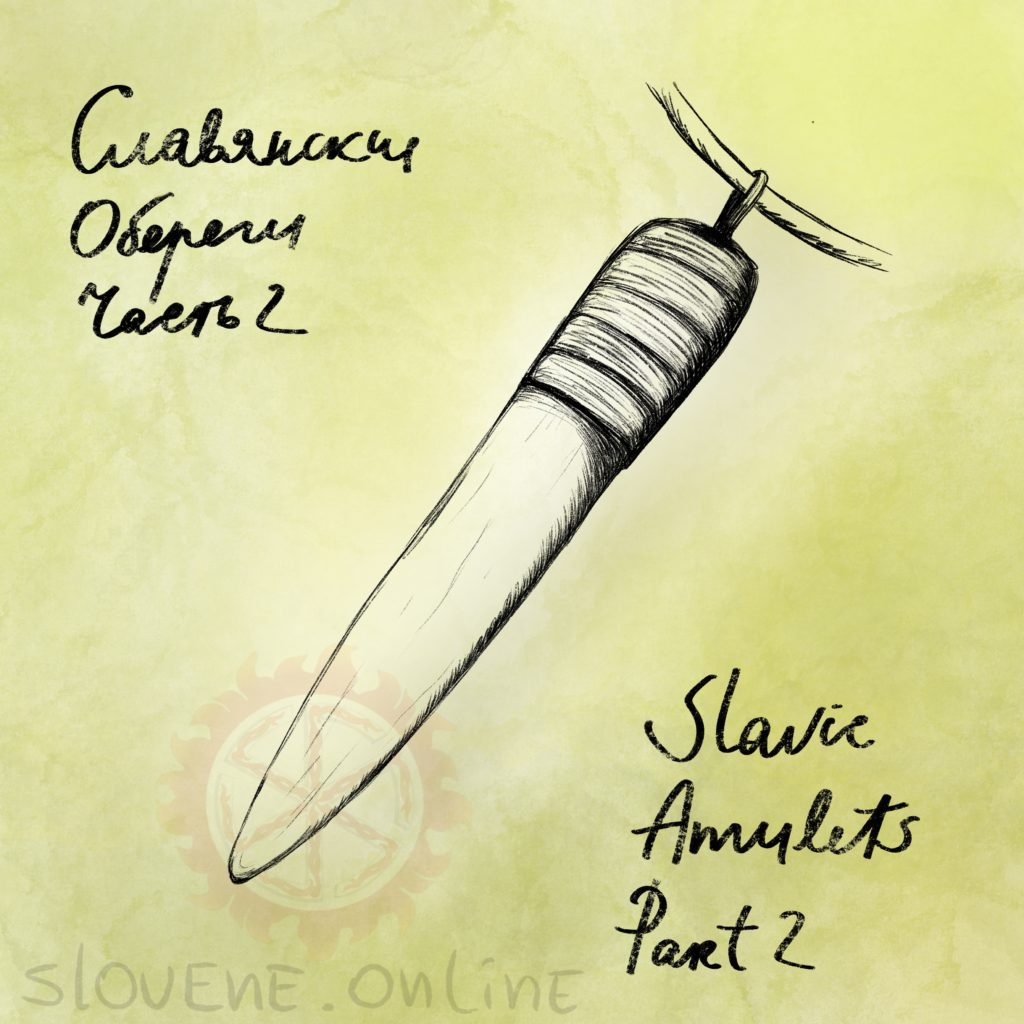 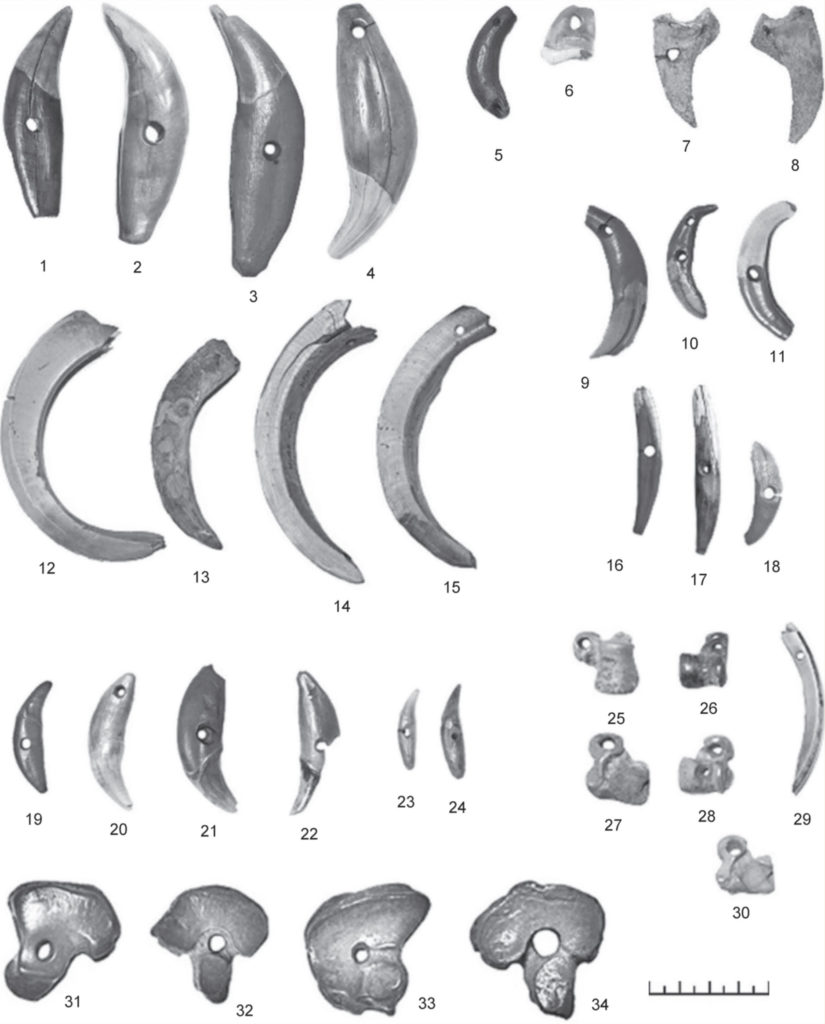