We continue a string of posts about various Slavic tribes, which are mentioned in our animated fantasy comic book series about the customs and beliefs of the ancient Slavic people.
ꏍ
In the absence of stylistic differentiation of archaeological evidence of populations that occupied neighboring territories in the “pre-state” period of Polish history, these open questions are open for different interpretations by various scholars. Since the distinctive features of material culture have not been formed, it is difficult to identify tribes mentioned in chronicles.
ꏍ
Thus, the question of the existence of the Polanians tribe and its role in the history of Poland (as well as for the tribe of the same name in Kievan Rus) will be subjected to more thorough analysis, and possibly revised in the future in the light of new archaeological discoveries that have yet to be made.
ꏍ
Personally, I am leaning towards the traditional view on this topic. That is why in our comic book story you will meet some representatives of this tribe 😉 And what version about the Polanians seems most probable to you? 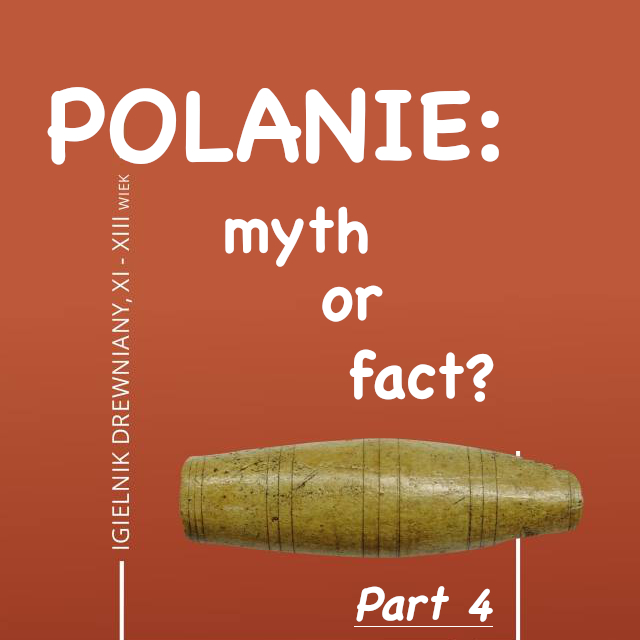 We continue a string of posts about various Slavic tribes, which are mentioned in our animated fantasy comic book series about the customs and beliefs of the ancient Slavic people.
ꏍ
One of the main mysteries is related to the Bavarian Geographer’s list of tribes (created in the first half of the 9th century), which does not mention the Polanie, who eventually created the Piast state, but instead lists a large tribe Goplanie (Glopeani) with more than 400 “civitates”, who for unknown reasons disappeared into obscurity. There thus arises a question if the Polanie and Goplanie may be two names (an earlier/later ones) referring to one people, and if so, what factors then caused the change of the name? When did it happen? If, however, these were two different entities, then the what was the fate of the Goplanie who in the 9th century had the greatest number of strongholds and what were the circumstances of the appearance (where from?) of the Polanie in history? After many years of research there are still no data allowing to locate these people precisely (traditionally it is considered that their centers were Gniezno city and Lake Gopło). Was this name invented to denote Mieszko’s state? If so, why was it the same as the one used in the same period but in reference to one of the tribes in the Kievan Rus?
ꏍ
To be continued… 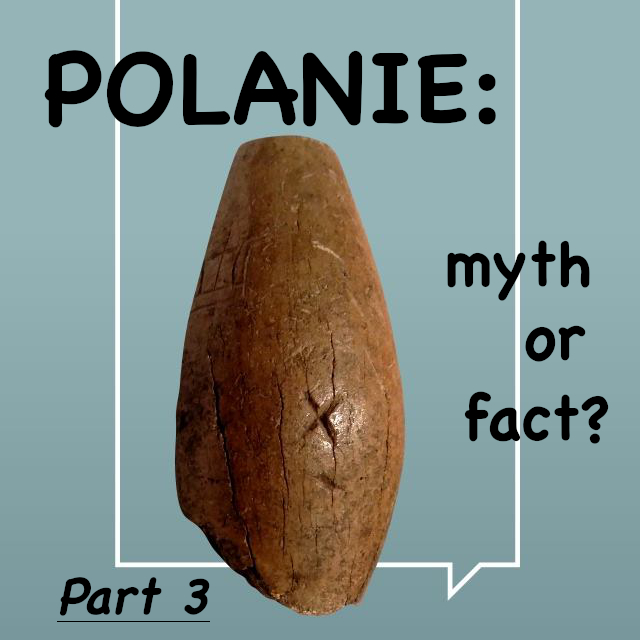 We continue a string of posts about various Slavic tribes, which are mentioned in our animated fantasy comic book series about the customs and beliefs of the ancient Slavic people.
ꏍ
As it turns out, not all Polish scientists share the traditional view about the existence of the Polanian tribe (Polanie) and its contribution to the history of Poland. In general, the localization of the tribes mentioned in chronicles and confirmation of their settlement area by archaeological data is a special scientific topic. And in this case, scientists, looking into various contradictions in manuscripts and archaeological research, come to different conclusions. From denying the very fact of the existence of the Polanian tribe, to explaining it as a “term” for certain way of life of the noted community, which was different from the communities living in the neighborhood in the corresponding historical period. Some scholars question the term “tribe” itself and offer alternative designations like “ethnic group”, “territorial community”, “settlement group”, “chiefdom”, etc.
ꏍ
The earliest mention of the term ‘Polans’ (Poland) is considered to occur in the “Life of St Adalbert” scripts, written at the turn of the X-XI centuries, in which Mieszko I (reigned in 960-992 AD) and Bolesław I the Brave (reigned in 992-1025 AD) are called the dukes of the “Polans” (Poland).
ꏍ
To be continued… 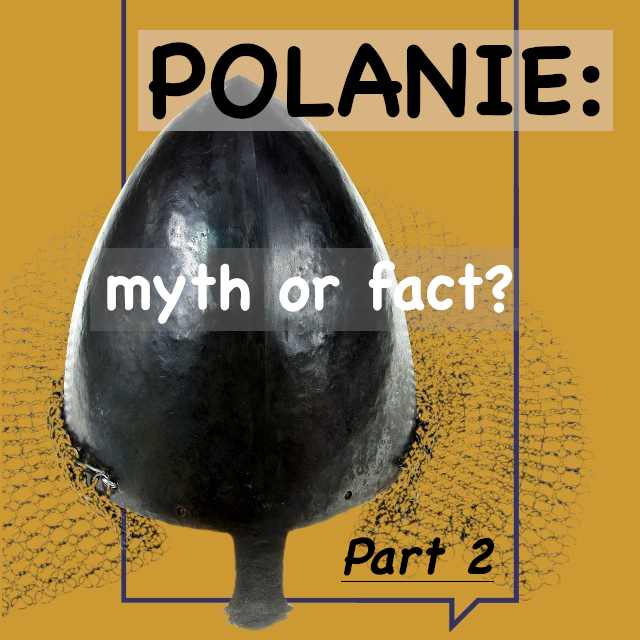 POLANIE (Polanians) – myth or fact?
ꏍ
I was planning to make a post about this tribe for a very long time, and on a top, the collection of the material was going slowly. Below it will become clear why this was not easy…
ꏍ
We continue a string of posts about various Slavic tribes, which are mentioned in our animated fantasy comic book series about the customs and beliefs of the ancient Slavic people.
ꏍ
It is traditionally believed that the Polanians (Polanie) were a West Slavic Lechitic tribe, which formed the foundation of the later Polish nation and gave them their name. Their main center was the modern Gniezno city (the earliest settlements there are dated back to the 8th century). Later, the Polanians managed to overpower neighboring lands and unite many Slavic tribes under their rule.
ꏍ
I wanted to learn more about the material culture and history of this tribe and began the search for sources of information. It turned out, that not much attention was paid to this topic in the Russian scientific circles: for example, sometimes this tribe is simply mentioned, although some of the neighboring tribes are covered in much more detail. Therefore, I decided to turn to the help of the Polish scientists, who have studied this issue much more thoroughly. And this is when I started to make some unexpected discoveries.
ꏍ
To be continued… 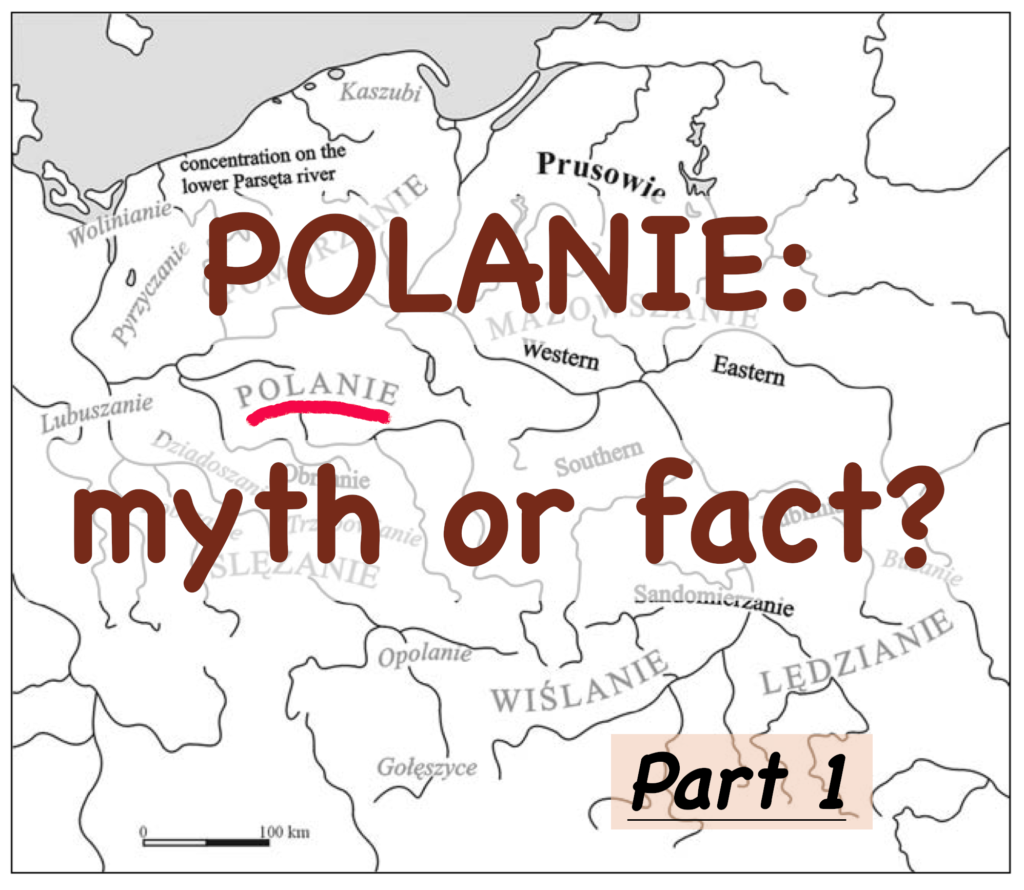 We continue a string of posts about various Slavic tribes, which are to be mentioned in our animated fantasy comic book series about the customs and beliefs of the ancient Slavic people.

Interestingly, according to the most accepted point of view in etymology, the word “Lech” is derived from the name of the Lędzanie tribe. The name “Lędzianie” itself derives from the Proto-Slavic and Old Polish word “lęda”, meaning ” uncultivated field”. In other languages, this name was distorted according to phonetic laws: Lendizi (Bavarian Geographer), Lendzanenoi , Lendzaninoi (Constantine VII), Lz’njn (Josippon), Landzaneh (Al-Masudi), Lachy (Nestor), etc.

Even more mysterious tribe was the Vervians (Wierzbianie) with even fewer historical references. They were also mentioned in the treatise «De administrando imperio» (Βερβίανοι). They lived near the Lendians (Lędzanie), and also had economic and political ties with Kievan Rus.

Some scientists believe that reference to the Lendians and Vervians by a number of famous sources can be attributed to the significant role those tribes played in the region due to its geographical position on the important trade route from east to west: through the passes of the Carpathian mountains and further to the Moravian Gate. 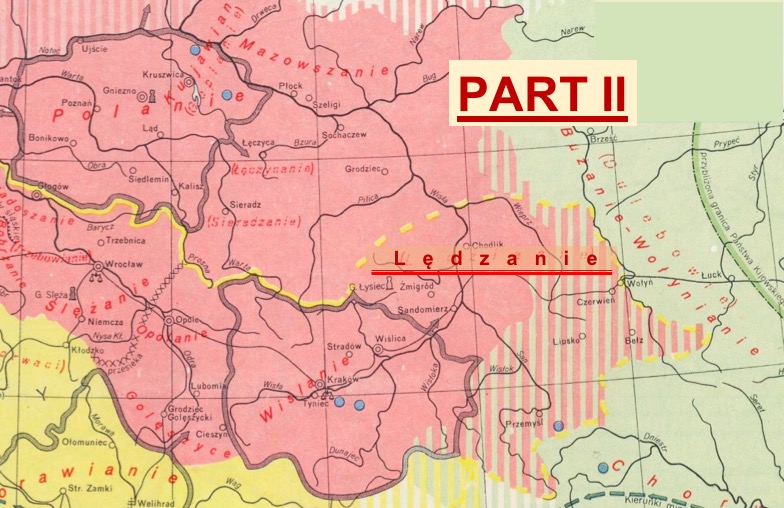