Have you ever tried to milk a cow or build a house? Our Slavic ancestors used the “bread and salt” pair in many rituals, connected to birth, funerals, cattle-breeding, agriculture and construction. Both Eastern and Western Slavs, when laying the house foundation, as well as at all stages of its construction, put pieces of bread and salt in the corresponding parts of the building in order to ensure its durability and home’s prosperity.
ꏍ
For protection and ritual cleansing, bread and salt were placed inside a cradle or a bathtub of an infant, as well as sewn into swaddling blanket. Bulgarian women carried bread and salt with them before and after childbirth to “preserve milk”. In Belarus, to ease childbirth, a woman in labor kissed a bread loaf with salt and walked around the table three times.
ꏍ
Bread and salt were believed to have protective and fertility properties for livestock. Russians and Poleshchuks put them in a barn (tied to horns, to a milking gear, etc.) so that the cattle were fertile, produced more meat and milk, as well as to protect animals from an evil eye and diseases.
ꏍ
More interesting facts can be found in: “Slavic Antiquities” – encyclopedic dictionary in 5 volumes by Institute for Slavic Studies of the Russian Academy of Sciences. 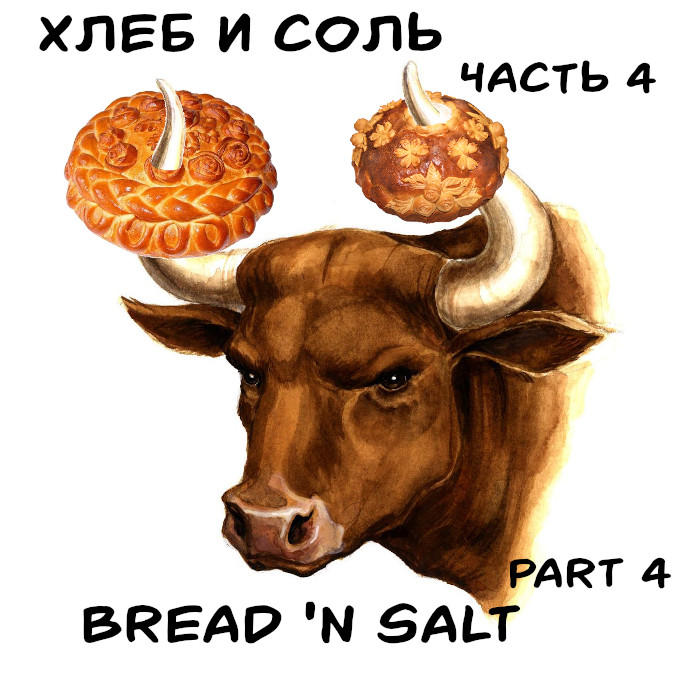 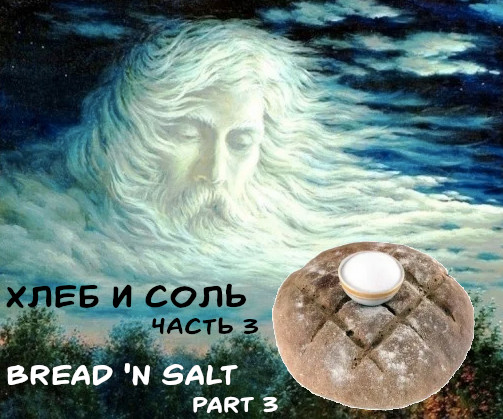 The sacredness of “bread & salt” was manifested in the customs of our Slavic ancestors. Thus, in Russia there was a ban on swearing and lying if bread & salt were on the table. And to confirm the truthfulness of the oath, the Russians pronounced “honest bread and salt”, and the Bulgarians “хлеба и солта ми” (“my bread and salt”). Hence the idea of the purifying properties of “bread-salt”: in Polesie region they were placed in “dezha” (special wooden tub for sourdough bread making) to cleanse it; in Ukraine they were given to a woman prior to the first visit to church after giving birth, etc.
ꏍ
“Bread and salt” were widely used in wedding ceremonies. Among the Eastern Slavs, Bulgarians, Poles, matchmakers came to the bride’s house with bread and salt. If the offer of the matchmakers was accepted, the bride’s parents gave them bread and salt in return. The closest female relative or matchmaker circled three times with bread and salt around the parents’ hands, securing the decision on the engagement. Then the matchmaker broke the bread, saying: “The deed is done and sealed with bread and salt” (Yaroslavl region).
ꏍ
With the blessing of the groom and the bride, the Belarusians used to say: “I bless you with bread, salt, happiness, destiny and good health”. The Bulgarians wished the engaged couples to stay together like bread and salt. In Poland, the newlyweds at home after the wedding walked around the table three times with bread and salt, after which the wife kissed the corners of the table and put the bread on the “pech” (the fireplace for cooking and heating).
ꏍ
To be continued… 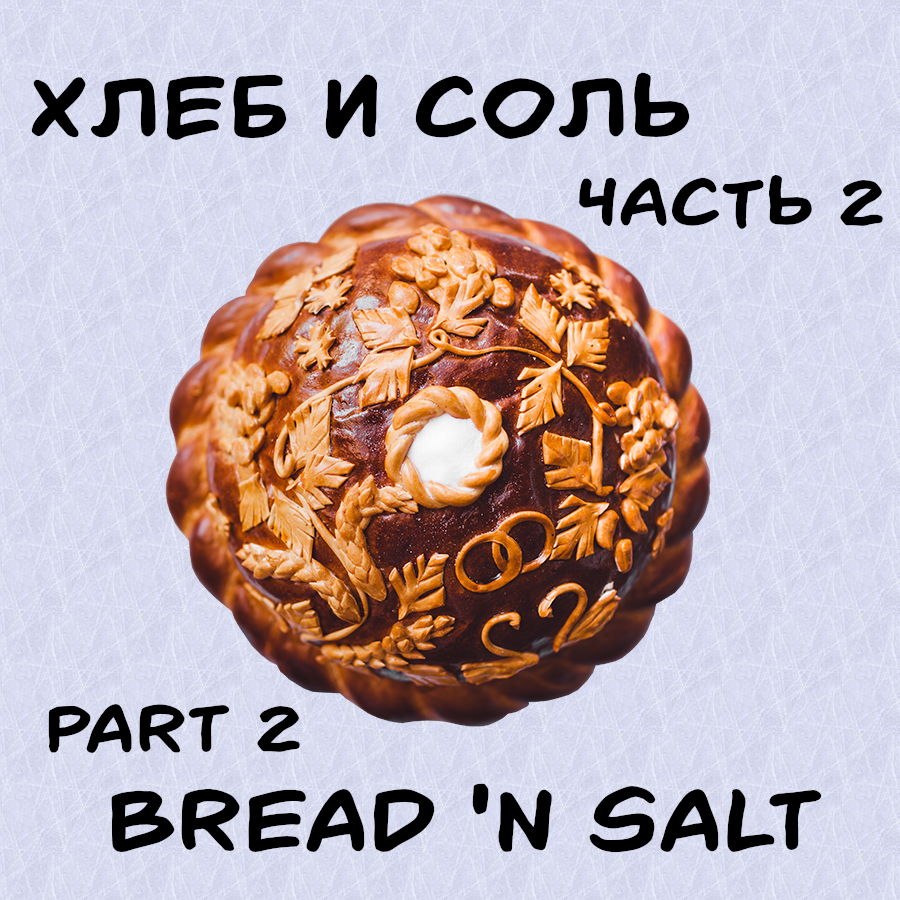 Among all Slavic nations, the pair of “BREAD & SALT” since ancient times has become a symbol of hospitality, harmony, home well-being, prosperity, sacredness and purity. Traditionally, to maintain the well-being of the home, bread and a salt were always present on the table. Czech proverb: “Chléb a sůl zdobí stůl” (“Bread and salt decorate the table”). And the Russians used to say: “There is no lunch without bread and salt.” It was customary among all the Slavs, when setting the table, to first put bread and salt, and then the rest of the food.
ꏍ
Bread and salt were a symbol of hospitality, thus it was almost mandatory to offer them even to an enemy – the Poles had a saying: “Złemu wrogowi chleba i soli” (“Bread and salt to an evil enemy”). When meeting a guest, the hosts brought out bread with a salt cup on a towel or tablecloth. Refusal of bread and salt was greatly condemned: “Kdo u nás chleba a soli nepřijme, ten není hoden, abychom mu židli podali” the Czechs used to say (“Whoever does not accept bread and salt from us – is not worthy to be given a chair”).
ꏍ
The pair “bread and salt” among the Slavs also became a symbol of harmony. Bulgarians used to say: «като сол и хляб»; Serbs: «слажу се као хлеб и со»; Poles: “chleb z solą znak i hasło zgody” (“bread and salt – the sign and motto of agreement”).
ꏍ
To be continued… 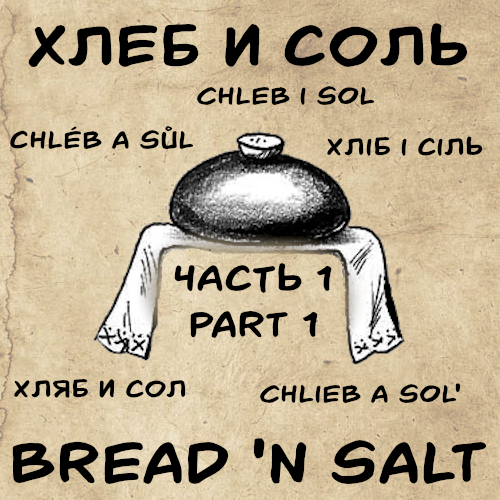