The ancient Slavs believed that the warlocks knew how to control the elements of the nature. According to the beliefs of Slovenes, Croats, Slovaks and Carpathian Ukrainians, with the help of a special book, the warlock could summon a flying serpent, mount it and direct the clouds to where he wanted hail to fall on the ground.
ꏍ
In Hutsul legends, warlocks gather in the Carpathians on Chornogora mountain. There they read their magic books, turn water into hail, and send storms to fields and villages. They have an “ice-cold” flying serpent (smok) at their disposal. They keep pieces of his flesh under their tongues when they fly to hot regions where no one can live… But it was also believed that a warlock can not only send, but also turn away hail clouds. Warlocks were invited for Kolyada (winter solstice) dinner together with other sorcerers, “knowing people”, predatory animals, etc. to gain their support in protection of crops and households.
ꏍ
In addition to the Chornogora in the Carpathians, what places you know may also be suitable for the gatherings of warlocks? 😉
ꏍ
More interesting facts can be found in: “Slavic Antiquities” – encyclopedic dictionary in 5 volumes by Institute for Slavic Studies of the Russian Academy of Sciences.
Illustration: Daniel Clarke www.artstation.com/daniel_clarke 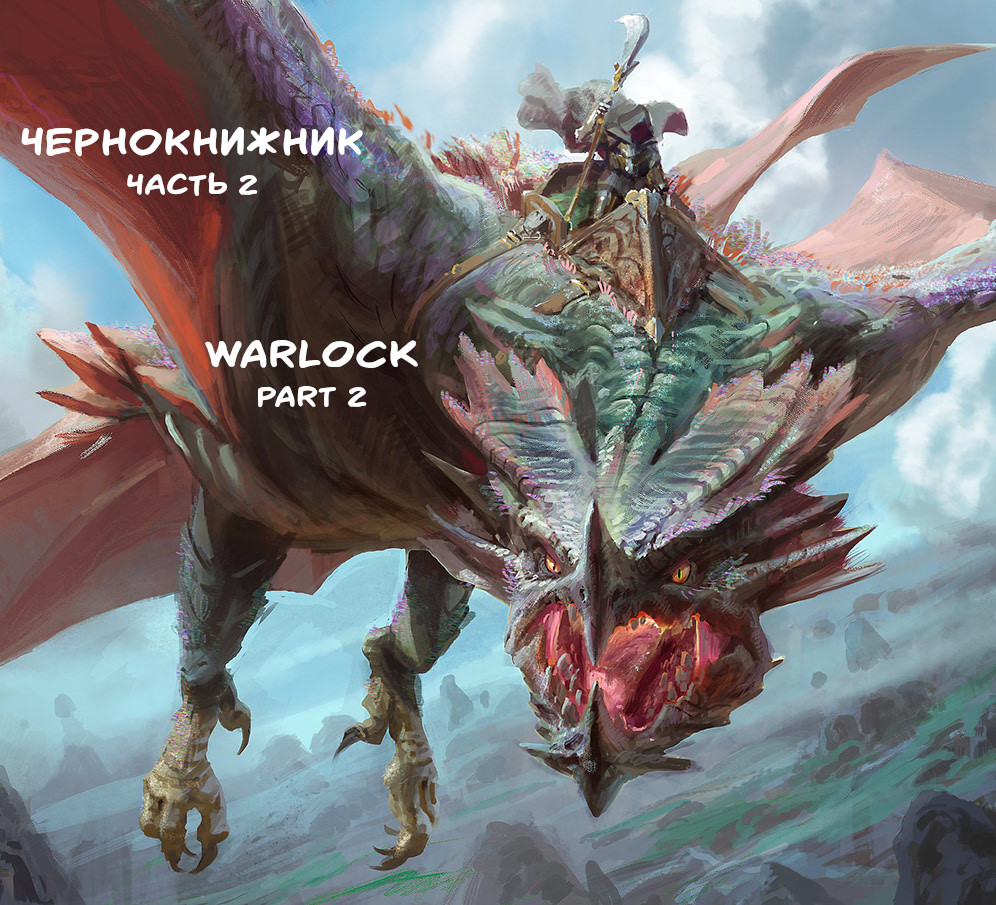 How to recognize a warlock? The ancient Slavs used a name “warlock” for someone who acquired advanced knowledge and witchcraft skills through the study of “black magic” books. Russian, Ukrainian and Slovak legends describe the warlock appearance: long (below the waist) uncombed hair, uncut nails and black clothes. Slovaks thought that the warlock lives in a cave where he keeps his books. And from time to time, he turns his disciples into pigeons… North Russia Slavs believed that the warlock must be buried face down, otherwise he would turn into a walking dead. In a Slovak story, after the death of a witch, people threw her book into the oven, and a black crane flew out of the chimney…
ꏍ
Southern Slovaks believed that a warlock could come into the house and demand milk from a black cow or goat and eggs from a black hen. If he was refused or deceived, he could curse a housewife to illness by pulling a single hair from her. Also, as punishment, he could cast rabies decease on a cow or summon a thunderstorm with lightning to burn the sheaves. For those who welcomed him, the warlock helped to acquire wealth and saved sheaves from thunderstorms in the field.
ꏍ
What else could give away a warlock in a person, in your opinion? 😉
ꏍ
Illustration: NI Yipeng www.artstation.com/sawman 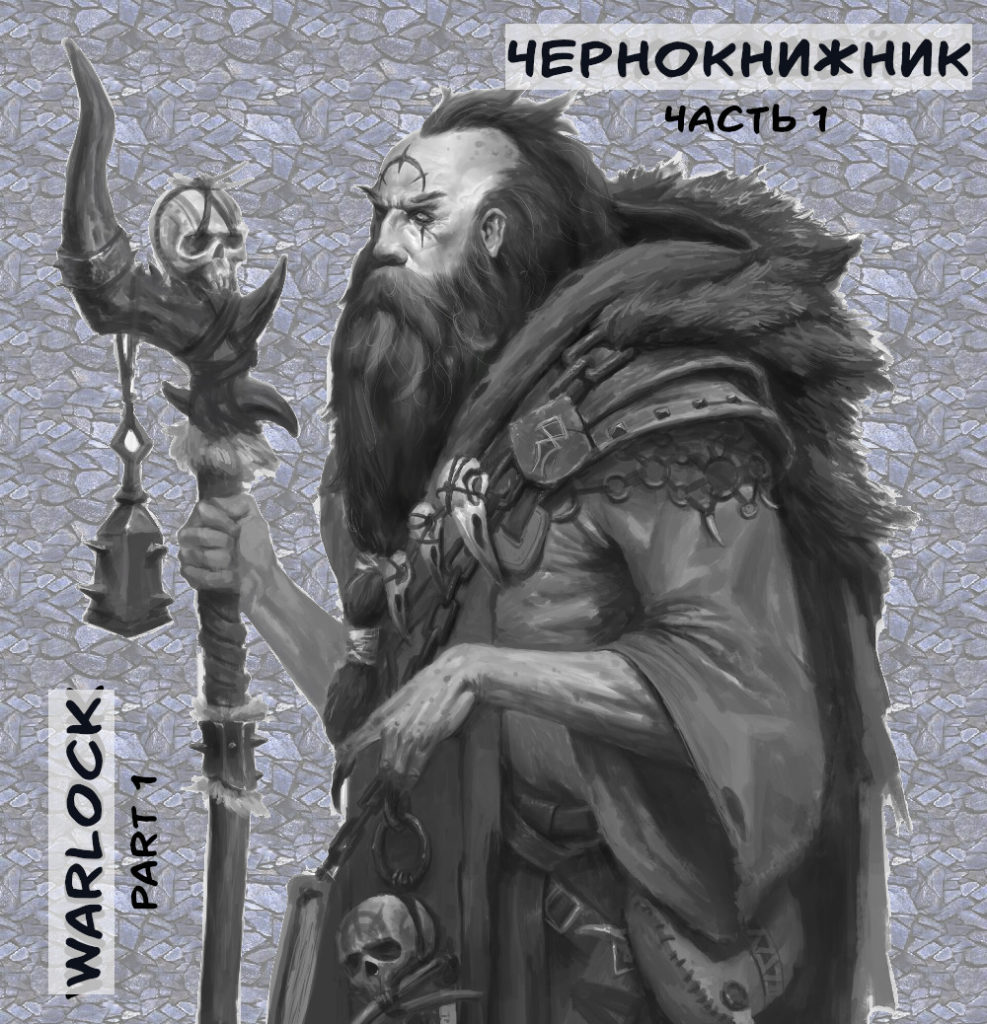 A Russian legend says that the Black Book was kept on the seabed, under the Alatyr stone, until one sorcerer got it out of there, and since then the book has been “travelling” around the world. And some believed that instead of letters, there were dots punched on the lines in this book. Russians, Belarusians and Ukrainians believed that the Black Book should only be rightfully inherited and must stay within a family.
ꏍ
In Polish beliefs, sorcerers and shepherds had a magic book written in an incomprehensible language and locked with iron locks (shepherds were considered the “knowing” people). Belarusians believed that a warlock receives a Black Book from evil spirits, signing for it with his own blood, and must fully memorize it. And for the right to possess it, he had to sacrifice someone close. Belarusians in Gomel region used to say: “What a sorcerer without a book?! No, it is just a witch doctor!”. Sorcerers also believed they can use it to find the fern flower.
ꏍ
Before dying, the warlock had to give the Black Book to someone, along with the demons he controlled with it. Otherwise, he will not know peace after death, and will return to his house with demands to give back his magic book.
ꏍ
What other legends about the Black Book do you know? Where did it come from? Where is it now?

The Black Book (Čarodějná kniha, Bosorská kniha) is the main magic book of a sorcerer (warlock) who is practicing black magic. The Poles believed that it served to summon the devil, the Slovaks – that it helped in the search for treasures. In the Grodno region, Belarusians believed that the “black book” equally half-and-half contained “good” and “evil” knowledge, and the sorcerer had the ability to both put the curse and reverse it.
ꏍ
In Slavic tradition, the status of the most powerful warlock was held by the one who had completed the study of the “Black Book”. Though it was not easy and extremely dangerous. First, it had to be studied only at night by candlelight. Second, the reading should be stretched for a whole year or even three years. And third, it was necessary to read chapters in a special order, not in sequence. At the same time, reading the “black book” deprived the warlock of health: he would begin to wither, his hair would turn gray and he could go insane. But if an unprepared person tried to use it, that would lead to the illness or death of the reader and disappearance of the book…
ꏍ
What have you heard about the “black book” in Slavic tradition?
ꏍ
To be continued… 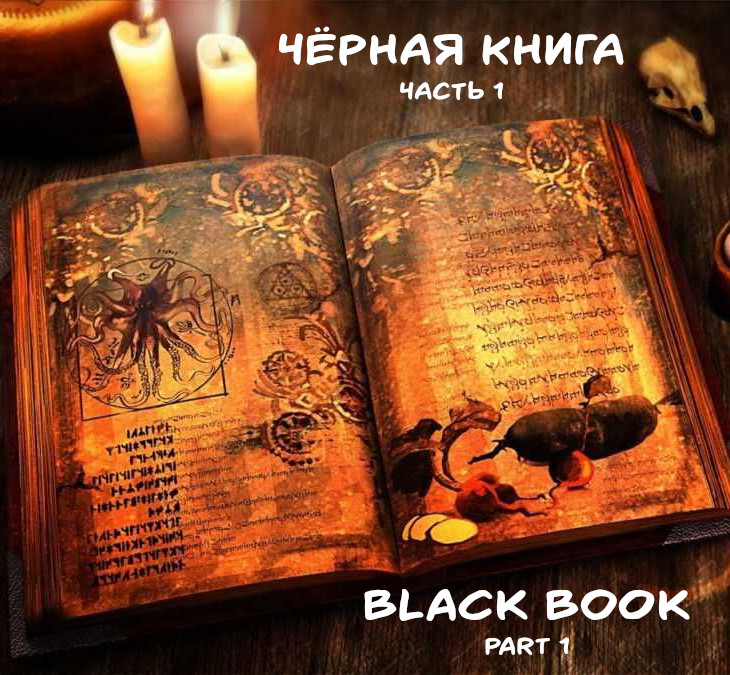