Personal amulets, as a magical way of protecting a person and his world from danger, have been used by the Slavs since ancient times. This is verified by numerous archaeological finds of teeth, claws and animal bones with drilled holes in them in the layer of early medieval settlements in Eastern Europe.

Fangs and claws belong to the category of talismans of “chase off / strike” magic, which are used for preventive magic strike on the “enemy”. For example, two fangs of a wild boar, connected in the form of a crescent moon, were hung on the horse neck as a shield from an evil eye. To protect the child from the Bosorka, on the modern Ukrainian-Slovak borderlands, as well as in Polesie region, a wolf fang was hung on the neck of a child as a talisman, where Serbs used the fang of any beast for that purpose. To protect child from an evil eye Russians hung a wolf fang on the cradle.

Hunters carried a lynx claw as protection against wild beasts and various dangers during the hunt, and sailors also took it with them while sailing, so as not to drown. Pike teeth were used as protection of a person from illness.

In the Polish Beskids and in Novgorod, the fangs of a bear were worn as a talisman, and the Russians and Serbs also used its claws and wool as an amulet. One scientific theory suggests that the bear’s claws were used in a funeral cult and were associated with belief in the “world mountain”, on which the soul with their help climbed after death. This theory is supported by medieval sources which recorded very similar belief in the pagan rituals of the Baltic people. 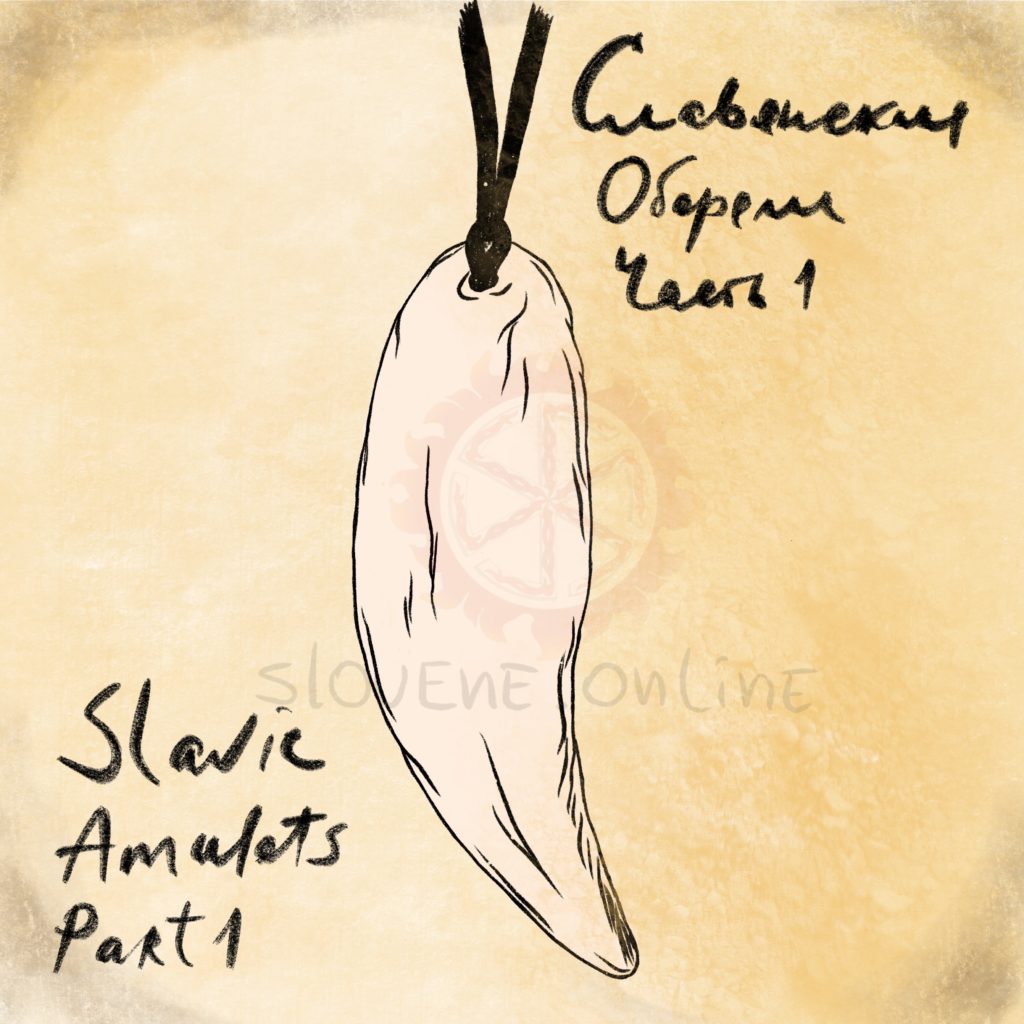