Neolithic stone tools (“thunderstones”) were divided into two types: “thunder” arrows (mainly silicon arrowheads) and “thunder” axes and hammers (stone adzes and axes). Sometimes belemnites were also regarded as “thunder arrows”, but more typical name for them contained a “finger” in it (for example, Russians called them “Devil’s finger”, the name “God’s finger” was mostly used in Poland and Polesie).

The Slavs believed in the power of “thunder” stone tools as a talisman against evil spirits, jinxes and evil eyes. Ethnographers written down texts of many protective spells, which contained these objects as part of incantations. “Babushka-sorceresses”, who used thunderstones in healing magic, passed them down from generation to generation. Thunderstones were also talismans from thunderstorms and lightning: keeping them in the house protected from evil spirit entering home, and, therefore, shielded from a thunderbolt aimed at this spirit.

“Thunder arrows” were also carried as a personal amulet by both ordinary people and warriors in order to “defeat the enemy”. There was an interesting statement in the 18-century’s handwritten Healer Guidebook from the collection of the researcher Ivan Zabelin: “If someone carries a thunder arrow, he can defeat anyone with his strength, and no one can stand against him, even if they are stronger”. The amulet was worn on a string, in a pouch or sewn into clothes. Such ways of wearing amulets are known from the ethnographic materials of various Slavic nations.

This post was prepared based on the articles by E. A. Tyanina:
(1) “Tools of the Stone Age in the cultural layer of medieval Novgorod: pagan cult objects or random things?” // Novgorod and Novgorod land. History and archeology, 2008;
(2) “The discussion of the Perun’s cult in the Novgorod land (based on records of the archaeological research of Novgorod)” // COLLOQUIA RUSSICA; Series I, vol. 8; “Religions and beliefs of Rus’ (9th–16th centuries)”; Krakow 2018

Additional sources:
(3) “Slavic Antiquities” – encyclopedic dictionary in 5 volumes by Institute for Slavic Studies of the Russian Academy of Sciences.
(4) M.V. Sedova, “An amulet from ancient Novgorod,” Soviet Archeology, No. 4, 1957
(5) A.N. Afanasiev, “Poetic views of the Slavs on nature,” vol. I., 1865 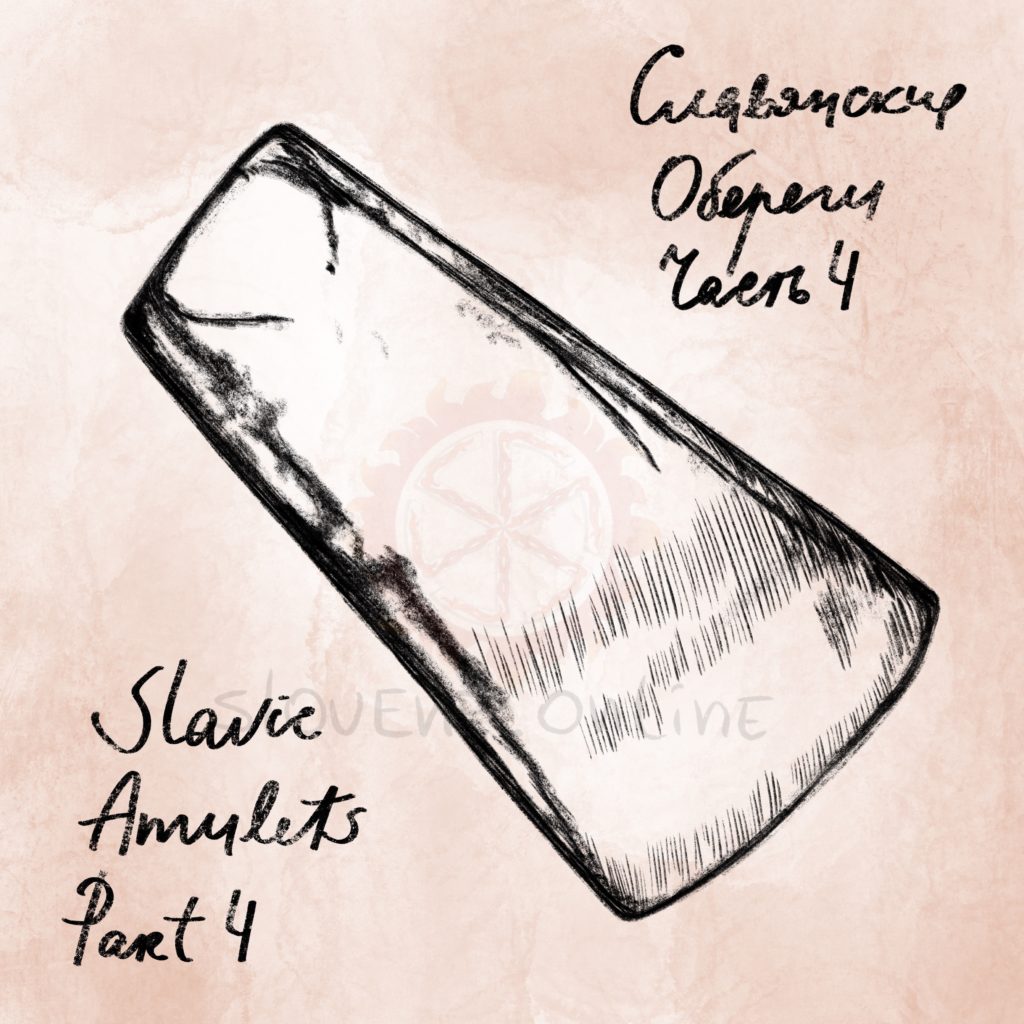