The medieval tradition of worshiping paleolithic age stone tools has a pan-European spread and connects them with a Thunder cult. They were believed to be the divine weapon of the Thunderer, which he throws from heaven during a thunderstorm to strike the evil. It was widely believed that when a thunder struck, a “thunder arrow” (“thunderstone”) would go deep into the ground and after a few years it would gradually re-appear on the surface. Such beliefs in some regions existed until the 18-19 centuries.

The mythological context of worshiping “thunder” arrows, axes and hammers is directly related to the cult of Perun, since it was this god who represented the Thunder cult in the Slavic pantheon.

In the most archaic form these believes are found among the Belarusians, who preserved in folk tradition the ancient name of the God of Thunder – Perun, which has become the common name for “thunder”: “Perun has a quiver of arrows in his left hand, and in the right – the bow. He shoots arrows which strike his targets and cause fires. A miraculous arrow can be found at the place of a lightning-caused fire.”

This post was prepared based on the articles by E. A. Tyanina:
(1) “Tools of the Stone Age in the cultural layer of medieval Novgorod: pagan cult objects or random things?” // Novgorod and Novgorod land. History and archeology, 2008;
(2) “The discussion of the Perun’s cult in the Novgorod land (based on records of the archaeological research of Novgorod)” // COLLOQUIA RUSSICA; Series I, vol. 8; “Religions and beliefs of Rus’ (9th–16th centuries)”; Krakow 2018

Additional sources:
(3) “Slavic Antiquities” – encyclopedic dictionary in 5 volumes by Institute for Slavic Studies of the Russian Academy of Sciences.
(4) M.V. Sedova, “An amulet from ancient Novgorod,” Soviet Archeology, No. 4, 1957
(5) A.N. Afanasiev, “Poetic views of the Slavs on nature,” vol. I., 1865 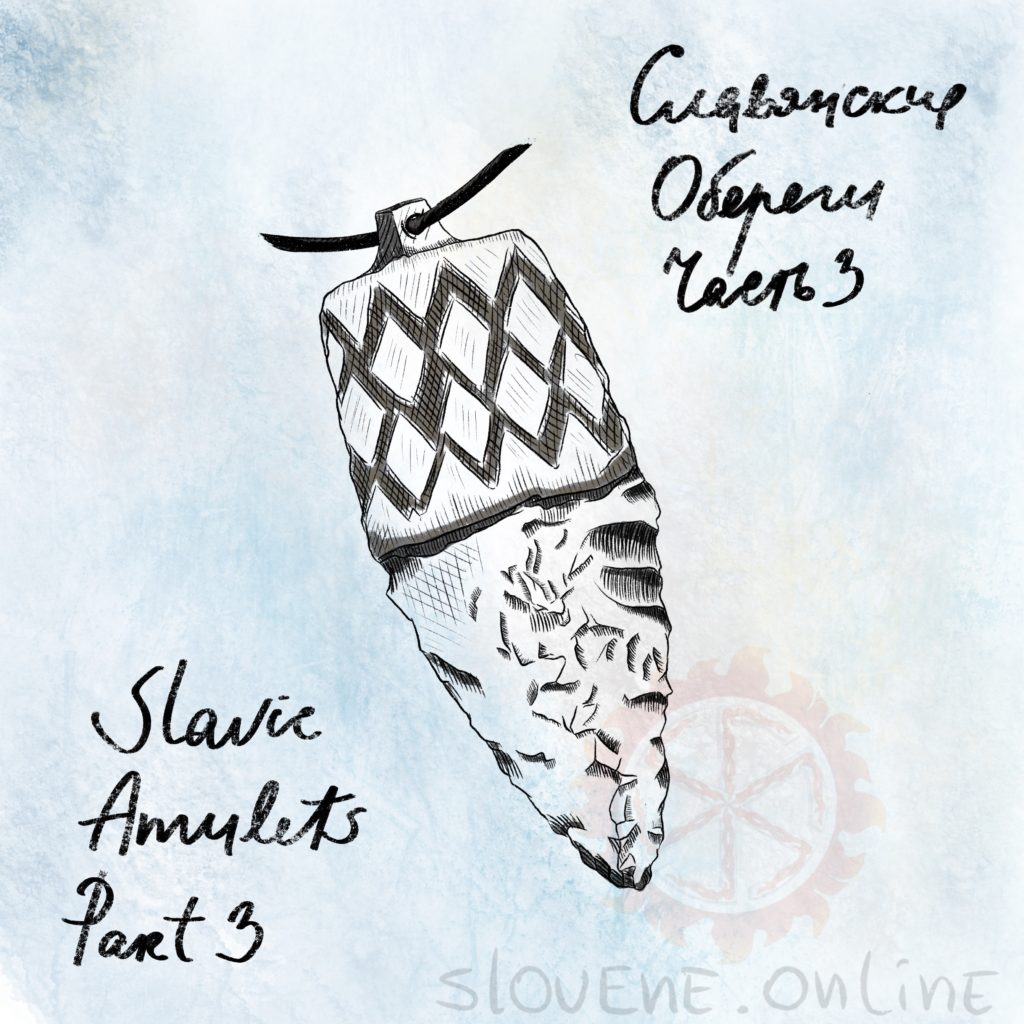