Ancient Slavs used ash tree as a powerful “snake repellent”. They believed that these reptiles are very afraid of it. In fact, so afraid that, according to Slovak beliefs, they do not even slither into the shade of this tree. Poles believed that snakes would rather get into the fire than into the ash leafage. That is why they fumigated the cattle with the smoke from the burnt ash tree leaves.
ꏍ
Russians believed that snakes could not stand the smell of ash tree. Therefore, to protect themselves, they sprayed clothes with its juice or washed it with ash tree ashes, or even applied these liquids on their body. It was also believed that snake could even get petrified in a mere presence of such person. And a healer, with the help of an ash branch, could subdue a snake at a distance of several steps. Belarusians of the Vitebsk region believed that if a drop of ash juice was poured into the snake’s mouth, it would die. The wound from a snakebite had to be treated with an ash “broth” as well.
ꏍ
What legends about ash tree do you know? Maybe they even survived in your family?
ꏍ
More interesting facts can be found in: “Slavic Antiquities” – encyclopedic dictionary in 5 volumes by Institute for Slavic Studies of the Russian Academy of Sciences. 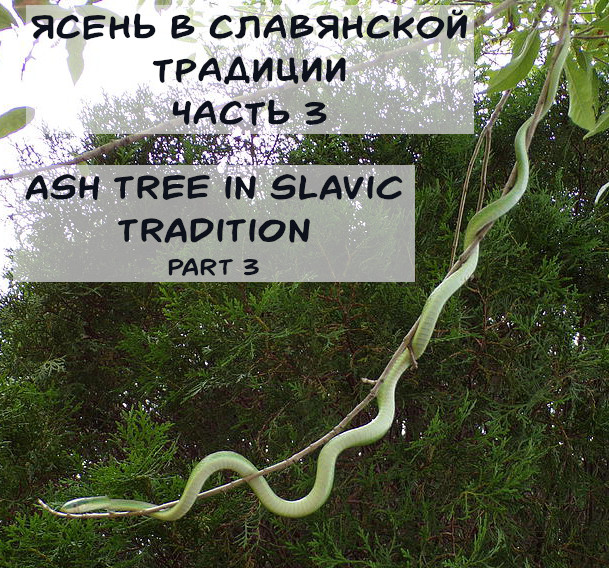